Why are trade secrets important?

Trade secrets play an important role in the development of commercial competitiveness, economic gain, and strategic positioning, especially for startups and R&D-intensive industries.

What is a trade secret?

Some types of trade secrets

Coca-Cola: The formula of CocaCola’s natural flavorings is a trade secret, although other ingredients are listed on the side of the bottle or can.

WD-40: A penetrating oil and water-displacing spray abbreviated from the term “Water Displacement, 40th formula”, has household and other uses. 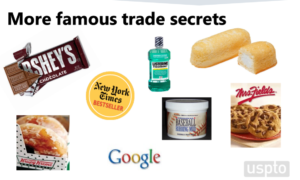 Acquisition, disclosure or use of a trade secret of another by a person who knows or has reason to know that the trade secret was acquired by improper means. Most COMMON WORD RELATED TO TRADE SECRET.

“A complete catalog of improper means is not possible . . . . In general, they are means which fall below the generally accepted standards of commercial morality and reasonable conduct.”

Acquisition of a trade secret is not always a misappropriation. A competitor can arrive at the secret information by legitimate means.

– Reverse engineering where the product was obtained honestly

EXAMPLE OF A BIG TRADE SECRET 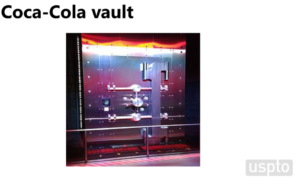 PROTECTION OF TRADE SECRETS DURING CASES

– In camera reviews by the judge or magistrate